It Was Not Lightning 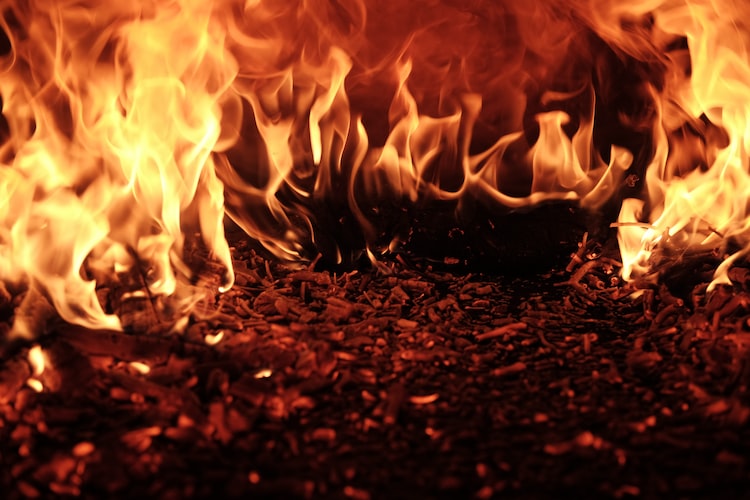 As is the case with dreams, my memory of its beginning has faded, and the most memorable and impacting moment is the end. The end is typically the part that carries the most emphasis. I am not completely sure where the dream began, because it was a long dream that felt a little like living, except the passage of time was inconsistent (it shifted) and in moments I could be in one place and then the other.

To my knowledge, it began with me on the internet. I was searching for something and was pretty adamant about finding it. The search ended. Time shifted. And I was in a new place, a tall building, and what I was looking for I found. I was pleased beyond pleased. Yet, it was an unfinished victory, because I had a friend I wanted to bring to the new place, to have the thing that I found. I do not recognize the friend, but at the time, in the dream, that person was my friend. I had fond feelings for the person and wanted the person to be with me, in the new place with the thing I had found. So I went home, back on the internet, and searched for a way to bring my friend to the new place. I went through the same website I had before. Put her information in, and got her setup to be with me. I returned back to the new place. Only she proved to be unreliable and did not show up at the new place. Frustrated, I went back home, back on the internet, and undid my kind efforts, removing her from the website.

And not long afterward, I returned to the new place. It was night. There were no stars in the sky. Only clouds, darkness, and florescent lights from the building and light poles. I spoke to a family member, parked the car, and plugged it into a standing unit with power sockets. (Yes, that is right. In the parking lot, every parking spot had power sockets for electric/hybrid vehicles.) I went into the building, up the elevator to a high floor, and upon exit and arrival at an office, found myself surprised. Certain elements of the old place were in the new place. The dark man (I call him that because of his choices and spiritual nature) and his close associate were there with guests showing off the place as though they had acquired it, and there were drinks that were drank. I found myself frustrated, discontent, and felt mildly defeated. I speculate that the friend I had aimed to help had been yet another spy (yes, that is right; I said another), and she informed the dark man of the new place. I had come in with a laptop case. Once the guests left, I made an excuse to excuse myself, and left with the case. When I entered the elevator, I pressed the second floor. The elevator started to go down. Then, I realized that I had pressed the wrong floor. So I pressed the first floor. However, the elevator was already set to go to the second. The elevator stopped on the second floor. The door opened. After which, all of the power went out in the building. I hopped out of the elevator relieved and thanking God for the serendipity, for if I hadn't pressed the second floor, I could have been stuck in the elevator between floors. On the second floor, there was a security officer standing behind a desk. Seeing power was out, he rushed me to a stairwell, we went to the first floor, and out of the front door.

Outside, the clouds were angry. People were circling around some charred something on the cement. I had not seen anything like it before. It looked like it had been a serpent with a curvy long tail, but it had arms and perhaps wings. It was hard to tell, because it was burned beyond burned. There was a body attached to it that they pulled to separate. It was a rider. My brain told me my eyes were deceiving me. It was not some dragon with a rider, but merely a person who was riding a bike and then struck by lightning. And then the clouds grew angry, and were grumbling. People began to flee for the building in fear that they too would be struck by lightning. Only it was not lightning that came from the sky, but a great multitude of balls of fire rained down from the sky. They rained from where I was to what looked like a great distance. At the sight of them, I knew and was not afraid. I said, and this is a paraphrase, "Blessed be the mighty power of God. Oh how powerful is the Almighty? Lord be with me." I spoke more praises. The frustration, discontentment, and feeling of defeat left me like a bat out of hell. I felt peace and relief, because the end was finally near, and I would be free from this place. It was a beautiful and terrible sight as the fire balls slammed into and exploded cars. People were screaming and running. I rushed to the inside when I saw a ball of fire coming for us. There was a young woman who I recognized in the dream, but have never known. She was standing in a still fright, immobile as the ball of destruction sought to claim her. I pulled her away from fiery destruction and further into the building. And the dream ended.

I have nothing else to say, except may you seek out and find peace with our Father in Heaven, and the Lord's Holy Spirit fulfill and sustain you all the days of your life.
Labels: dream God