A Debate on Abortion 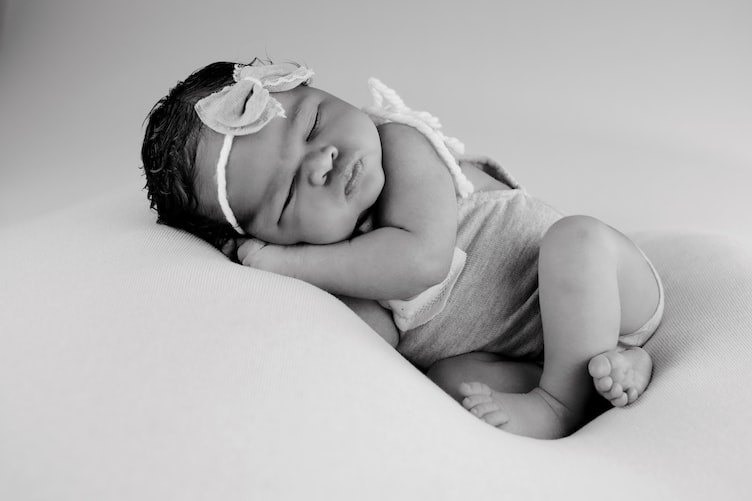 For context, the U.S. House of Representatives recently passed a bill (H.R. 1797, District of Columbia Pain-Capable Unborn Child Protection Act). There was a post on a popular "left-leaning" news anchor's blog that, while providing little substance, spoke in opposition of it. As with all human beings, there are some things we will agree on and others we will not. I found this to be one of the many things me and the anchor (and her subordinate who posted on her blog) do not carry an agreement with.

Unlike most debates on the internet these days, I prefer to remain completely logical and civil. This is one of those conversations, among many, that I have had.

"(First of all, I will point out that I am not nor would I consider being a Republican.)

Pregnancy is not a mystery. It is common knowledge to all children who receive sex education, stumble upon it, or read a book that when a man has sex with a woman, the woman has a high probability of getting pregnant. Anyone having sex therefore knows the risks of sex. If sperm is discharged into a vagina, that sperm could fertilize her eggs. The consequence is pregnancy.

Your choice was not taken away from you. You made your choice. You had sex. You created life. Now, you are responsible for that life you have created. By the fourth week after conception, that baby's heart is already beating. Ending that life is irresponsible, and murder."

"The ONLY person punished for having sex is women.

Do you seriously want a person not educated enough to not know "condom goes on penis" to raise a child?"

"First, becoming pregnant and being a major part of the production of life is an honor. There are many beautiful, wonderful women out there who do not have that honor, and suffer great stress and despair over it.

Second, if it is known that contraceptives fail, then that is more incentive for women to make wiser choices in who they have sex with. Have sex with men who are intelligent, responsible, moral, and less likely to bail and leave the responsibilities in the woman's hands. Women hold the power in a relationship. It is her choice as to when sex happens. It is her body. She has the right to choose what penis enters her vagina. If she is capable and willing to abstain until the man is willing and capable of committing to the consequences of sex, she will reap the benefits of sex and have security if contraception fails and pregnancy occurs. It is sound logic.

Third, I cannot necessarily say that a person who does not know a condom goes on a penis may be a poor parent. Our civilization exists as it is because uneducated people propagated the species. If our species is willing and capable of working as a community, instead of pursuing partisan divisiveness, than the village can support the less educated and their children through certain aspects of the parentage."

"Remarkably a lot of people who have sex are married to the person with whom they have sex. And sometimes their contraceptives still fail. And sometimes this couple is not ready or not able to have children. Sometimes people deeply, madly in love just do not want kids right now, but by a slip of the condom or a reaction to some other outside influence, the woman is pregnant.

Pregnancy isn't easy, either. It can destroy lives, kill women, and it's not a simple act. It's a nine-month process of your body changing, painfully. All kinds of complications can happen. It can become super-expensive if something goes even mildly wrong (not even life-threatening stuff can be expensive.)

I would rather a couple be financially and emotionally ready to have a child before they do, not suddenly get "whoopsed" into it by a faulty condom.

As per the third point, I was being mildly facetious. A lot of people bring up the example of a woman who has multiple abortions over a long period of time, who doesn't quite understand contraceptives or whatever is going on down there, and they want to punish her with a child. But seriously... someone as irresponsible as the straw-woman they create in those examples would be the kind of parent who'd put her baby in a dishwasher.

I wish I could get pregnant (I'm trans, so I'll never have the option) and I know what you're talking about and I do get stressed out all the time about it. Pregnancy is NOT a punishment, though, and so many people offer it as one. Punish a woman for having sexual interest."

"What a load of Elephant manure. Here is a clue sex drive is human nature you can not regulate something that can't be controlled. Some people have higher sex drives then others and some times people in an emotionally charged state do not think about consequences of their actions nor do they plan out every second of the day. What we got here is a person who more then likely can't control himself wanting to control others."

My argument is about choice. We all make decisions. Sex is a decision. Pregnancy and new life are results. If you do not want to get pregnant, either do not have sex or have a vasectomy. By making the choice to use birth control measures, you are still acknowledging your knowledge that pregnancy is a byproduct of sex. You are still making a choice, aware of the possible results, and taking that risk. Pregnancy isn't easy. A child isn't cheap. Yet again, people know the risks, act, and then refuse to accept the consequences and responsibilities associated with those actions.

Your argument that people have higher sex drives, can sometimes be emotionally charged, and not think about consequences of their actions can be associated with criminal justifications. That is the argument of a pedophile or rapist. We, as human beings, must practice self-control. If you cannot control yourself, and your desires, you are a danger to others. All healthy human beings have the capacity to control their actions, if they choose to. Again, it is choice. Making the wrong choice does not justify disregarding and avoiding the consequences of those choices, or making another wrong choice, which is the termination of life.

This is life. We do not plan out every second of every day. It just happens. When it does, we deal with it. That is the life of an adult. Children refuse to take responsibility for their actions. Be an adult or remain a child. Nevertheless, you are still bound to your responsibilities.

And in regards to your comment about a person not being able to control himself, but wanting to control others, you should know that I have no desire to control anyone. It is my responsibility as a human being to educate other human beings when illogical justifications, actions, or irresponsible logic circumvents the health and safety of others. People are looking for convenience, and an easy out, at the expense of life."

"Here we go again repeating the same crap trying to make it sound like anything but the same crap you spewed for 3 posts now. What don't you seem to get, you can only be responsible for yourself, you can not force others to take your ideology of responsibility anymore then you can force your religion on others. Really the stupidity of the anti choice crowd is mind boggling at best. Why did republicans like Nixon start welfare programs and SSI programs, rather simple, it is far cheaper to pay people to take care of themselves and their children then it is for government to pay institutions to care for them which was the case before the war on poverty. They were smart enough to know that moral laws fail and are impossible to enforce. Oh and if you had bothered to read up on the history that lead to the Roe VS Wade decision you would see that anti choice laws failed to stop sex. FFS the catholic church has failed to stop sex and they started trying over 2000 years ago. So go take your religious moral nonsense somewhere else we already know that you can not force people from doing what they are going to do. People shed responsibilities as fast as they take them on then make excuses on why they shed their responsibilities we do not live in an era where we can create a lively hood we rely on others to employ us. Unless we come into some money from somewhere and are given breaks but that is a hit or miss situation as for the hundreds of businesses that start up in any given year the majority will fail within 5 years which btw is also the time frame of how long a business opens to when it starts producing profits."

"It is not I who has not understood the implications of the other person's statements. What is crap about telling people that they should be more conscious of their choices and accept the responsibilities associated with those choices? It is an ideology associated with maturity and intelligence. It is not a measure of morality and forcing religion on people. It is the law of the universe. Actions have consequences. Cause has an effect. When you drop a ball, it falls to the ground. Understanding that logic, if you do not want that ball to fall, you hold that ball as long as you can. It is simple. It is basic. Sex is a complicated and challenging desire, however it falls no shorter from the same rules.

I am speaking logic. You are speaking in rant. You are not speaking to a Republican, right-winger, "anti-choice" individual. I do not care about the history of legislation or programs. You are speaking to someone who says choice exists. Make the correct choice or accept the consequences. That is life. I am not saying people should stop sex. I am saying they should stop justifying ending life for their own convenience. It is up to the person as to whether they will choose to have sex or not. Roe VS Wade is an argument among men. Logic and truth, cause and effect, and right and wrong are bigger than man."

So far, that is as far as the conversation has progressed. Some of you may think I have a very black and white view on this matter, but what if your existence depended on it? There are some poor parents out there, but remarkable and beautiful children who do amazing things. What if Albert Einstein's parents had the option to have an abortion and took it? What of Benjamin Franklin's parents? Do we not realize that every time we extinguish a life for our convenience, we may have extinguished an opportunity for brilliance? Someone may have just aborted a child who grew up poor, and by the grace of God, came up from his poverty into a great college scholarship, became a doctor, researched genetic engineering, and cured cancer, diabetes, or Alzheimer's.

Disregarding that, we must admit that ending a life, a life we created, for our own personal convenience is unethical.

(In my quotation, I corrected one spelling error and replaced "a" with "an" where it was appropriate.)
Labels: health logic politics self-control truth