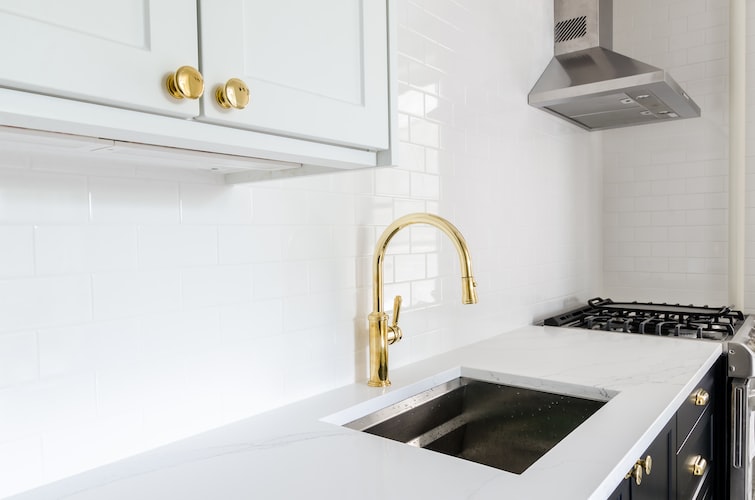 There was a dinner party occurring at my house. (I live in an apartment; yet my sub-conscious upgraded me to a nice two-leveled, hardwood floored house. Thanks, Subconscious!) I was the host. I presumed, after waking, it was a double date; since there were two girls and two guys (me included). On one side of the table was a guy who I barely noticed and don't remember what he looked like (he was a non-essential character), and Anna Kendrick. On my side of the table was me and Melissa Benoist (for those who don't know, she plays Marley Rose in Glee, and might be one of the cutest human beings alive).

I made a classy dinner. (Yes, I cook.) I collected my plate and glass from the kitchen table and went to put them in the sink. I was on my way to grab something. Part of me wishes I could remember, but I was distracted by something. There was something in the sink. In my kitchen sink, wet, was my study bible. Someone, a person sitting at my dining table, had placed my study bible in the kitchen sink. I looked at it, saw it was wet, put whatever I was carrying on the counter, and pulled it out of the sink.

It should be pointed out that I'm a fairly mild-mannered gentleman. It is not in my nature to get angry or yell at people. There are, however, moments when humans try my nerves. This event was one of those moments. (Keep in mind; this was a dream.) Read my comment about reactions later in the blog.

I walk from the kitchen holding the wet bible in my hands and demand to know who put it in the sink. At first, I didn't get anyone volunteering information. Of course, if you saw how mad I was, you wouldn't want to raise your hand and say, "Yep! It was me," with a big smile on your face. Eventually, Anna admitted that she was the one who put the bible in the sink. After she admitted her actions, I went on about how ridiculous such an action was. "Who puts a bible in a kitchen sink? Who puts any book in a kitchen sink? It's obviously going to get wet. It's probably one of the dumbest, most mindless things you can do? Why would you do that? I don't understand." That is, of course, a paraphrase. (Looking back on that little rant of mine, I felt bad that I tore into her so much. I think that's one of the reasons why I remember the dream.)

Anna said it was no big deal, and that her company would pay for it. I went on a little more about how ridiculous it was, because she didn't show the slightest remorse about the action or attempt to apologize. That, above all else, was what made me the most upset. She did not apologize, at all, for what she did. No matter what she said, she deflected it as oh, yea, it happened, whatever. If you saw the look in her eyes, it would be very obvious that she did not care and my frustration did not faze her what so ever.

At the end of the dream, I looked to my date/girlfriend/wife Melissa. She had an upset look on her face. I wasn't sure if it was embarrassment or shame. But before I woke up, more than anything else, I was sure it was shame. Was she the one who did it, by mistake (most likely), and her friend was covering for her? Was she upset with my reaction or treatment of her friend? (Anna wasn't my friend; she was Melissa's) If Melissa did it, I wonder if she would have admitted to it had I not reacted so badly to it.

What does that dream say about me? I think it's my subconscious telling me to tone down my internal righteous anger. People have been doing a lot of stupid or unjust things lately. I admit that I over-reacted. I was just mind-blown and upset. I felt disrespected. I invited guests into my home (I'm very selective with whom I invite in my home), cooked for them, was a very respectful host, and then I find one of my prized possessions wet in the sink. Who puts a bible (this is a thick, heavier study bible) in a kitchen sink? I don't know. Why not just say, "I'm really sorry. It was a mistake."

I shared the dream to talk about taking responsibility for your actions, controlling your reactions (I don't say much), and humility.

One of the worse things you can do is deflect responsibility when you make a mistake and not apologize. A lot of people do this. They do something wrong and toss out a load of excuses or lie about doing it. Or, they will trivialize the person's frustrations and justified anger by saying what they're upset about isn't a big deal, instead of just saying they're sorry. They want to dodge blame or responsibility. They want to dodge the consequences of their actions.

One of my favorite pastors Chuck Milian commented on this when talking about Adam and Eve. Eve is convinced she will become more like God if she eats the forbidden fruit. She brings it to Adam. He eats it. God comes around (Haha, as though He wasn't there all along thinking, "Seriously Eve? Seriously Adam? Oh. Seriously?). Adam confesses that he was naked. God asks, "Who told you you were naked?" Yada yada. Having admitted that he ate the forbidden fruit, instead of apologizing, saying he was wrong for disobeying God, and begging for forgiveness, he pointed blame at Eve and Satan. Since the very beginning, we've tried to shift blame when we did something wrong. (Now, I can admit the others were also to blame, but they didn't twist his arm, hold him down, and force the fruit in his mouth.)

It's okay to admit when you're wrong, even after the fact. It's okay to humble yourself and say, "I did this. I did that. I am so so sorry." This idea people have that it's not okay to apologize, it's wrong. This prideful attitude that you're not at fault is wrong. You had a hand in it and you know it. Admit it. There are plenty of times, especially when I'm at work or dating someone, when I will apologize for things that aren't my fault. I'll apologize for things that aren't even remotely my fault (If it's raining and she's cold, I'll probably say, "Sorry," like I can control the weather), because I recognize the person is upset or inconvenienced and care about the feelings of the person. Now, if I know wholeheartedly that the person is responsible for their own frustrations, I won't apologize. I'll say "that's unfortunate" and disclose how they can avoid their self-inflicted suffering. There are times when apologizing and taking some of the blame hinders the person.

God wants us to stand before Him, humble ourselves, and reveal our sin so that we can be healed and forgiven of that sin. If you don't humble yourself before God, how can he forgive you for a sin you refuse to confess? Sometimes, our friends would like the same thing. They want us to apologize so they can forgive us.

The point is: if you made a mistake, apologize. Otherwise, you could seriously damage a relationship (or potential relationship). Sometimes it's small things. Have you ever had a small rock cause a little crack in your window shield while you're driving? That small crack does not stay a small crack. It slowly gets longer and longer. If not repaired, if you neglect it, that crack could be dangerous.

I honestly don't have much to say about controlling your reactions. (It's late. I should have started this blog sooner) Count to ten. Breathe. Talk about it with God first.  It helps to be intentional in everything you do. Know who you are, why you do things, and why you think a certain way. When you understand yourself better, you can control yourself, even your reactions.

There is usually a lag time between an event and your response. That is when your mind assesses how it is going to respond to the stimulus. It is a good practice, when you become aware of that existing lag, to extend it. Take that moment, stretch it out, re-examine what just happened, and what you should do. When you begin to consciously decide what to do, you will make rational choices. Of course, if you have inhibited your reasoning skills with alcohol or drugs, that lag time may not do you much help. However, even when I've had some alcohol in the past, before I completely abolished the idea of drinking from my mind, I consciously took control. So, you have no excuses.

You have the power to control your reactions. Sometimes, you feel like you're on the beach just getting carried along by the waves. Those waves are emotions. Don't allow yourself to get carried away.

Look at that. Another blog. No doubt, later on in the day, I'll be going through looking at all of the grammatical errors and making corrections. What I would love to see are check marks under my blog where it says, "Reaction" and there are options like agree, disagree, and so on. If you left a comment, I would also appreciate that. Tell me what you think.